Yeah, I know, another survey. I am always leery of surveys, but often that’s all we have to gather information.

Amid all the analysis, the hand wrenching and political rhetoric, most retirees are doing okay. Where we make our mistake is assuming a lower income in retirement always means a unsustainable retirement. 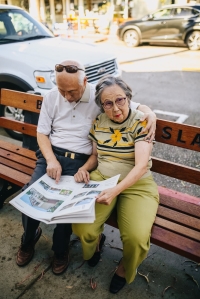 According to the TransAmerica 20th Annual Transamerica Retirement Survey of Retirees

Retirees currently have a wide variety of savings and investments, including checking accounts (77 percent), savings accounts (62 percent), and equity in their primary residence (47 percent).

Nearly all retirees (95 percent) expect Social Security to be a source of income over the course of their retirement. The other most frequently cited sources of retirement income include other savings and investments (40 percent), 401(k)/403(b)/IRAs (35 percent), and company-funded pension plans (30 percent). Relatively few retirees cite home equity (9 percent), inheritance (6 percent), or paid work (3 percent) as sources of income.

Twelve percent have no savings and investments.

Twenty-one percent have savings of less than $50,000, while 16 percent do not have any savings.

Thirty-nine percent have home equity of $100,000 or more. Twenty-four percent do not have any home equity.