You have heard it before, Americans don’t have savings for emergencies, some don’t have any savings or savings for retirement. The automatic assumption is that they cannot save, they are living paycheck to paycheck as we hear so often.

There are some people who live in chronic poverty, have little and cannot save. There are others who have faced or continuously face overwhelming misfortune and are unable to recover … and then there are the vast majority of Americans.

These Americans who have little excuse for zero savings, Americans who put spending on non-necessities ahead of managing their money, Americans who say they are living paycheck to paycheck while paying $150 a week for doggie daycare and $125 a week dining out. (True story).

For the vast majority of Americans there is no excuse not to have at least ten percent of gross annual income in the bank, at least. This is not to say they must save ten percent of their income each year (that’s a whole other retirement planning matter), but that over time they accumulate that much by carefully watching their spending and not touching those funds except in a true emergency.

For some it may mean temporarily taking a second job until the goal is met or perhaps a stay at home parent works part-time for awhile. For others reaching that goal may mean giving up the extras that find their way into routine, “necessary” spending each month. I’m not going to list them, but I bet you can.

Truly well off people, and I’m not talking about the 1% or two percent or even 3%, but upper middle class people who live a realistic lifestyle don’t get there without managing their money and debt; they live at, not above their means. 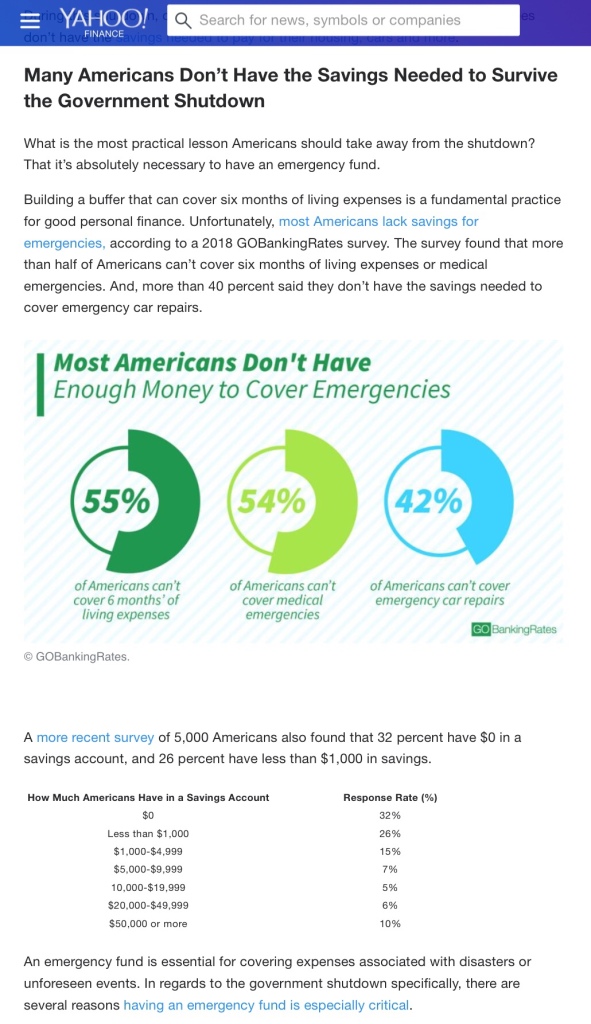