Just don’t expect doing so to change anything …

Sen Sanders and others have concluded that earning $31,200 a year is a living wage. Fine; if $15 an hour advocates believe that, just do it!

The sad part is that it will not make anything better for the people it’s intended to help. Here’s why. 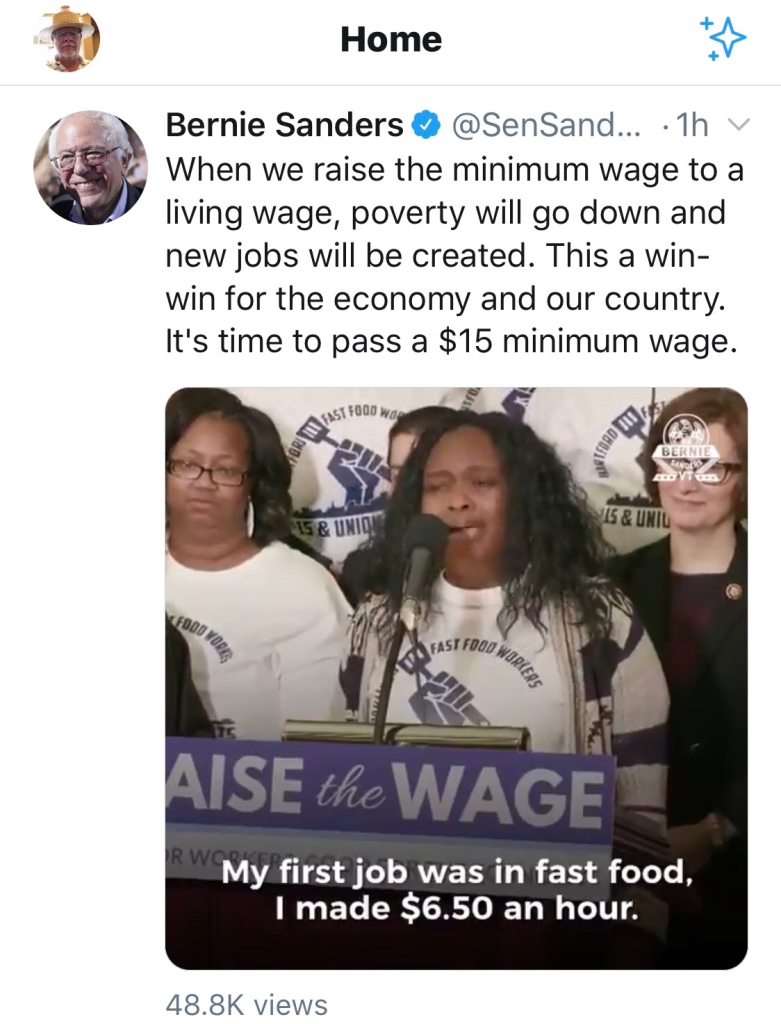 If you can’t get out of a minimum wage job in eighteen years, you are trapped. So what is the real problem?

Creating new jobs? That prediction is based on the notion that low wage workers with more money will spend more, create more demand and thus more jobs. Isn’t it more likely that higher income may be spent more on basic necessities like food, rent, possibly transportation or health care? Food you say? Assume more money is spent at the grocery store. There would have to be one heck of a lot of steady higher spending for a store to need to add staff. That additional spending could be from generic to brand names, from chicken to steak with no increased demand.

If all the promises for a $15.00 minimum wage are accurate, who in the world would object? In fact, logically shouldn’t every worker receive a 100% raise?