Yup, it’s a promise. One million in your bank account in 30-years. And to show you my sincerity I will start funding that promise now by putting money in an account for you.

The fact is I have not put in sufficient money to meet my promise to you. Even though there is $450,000 sitting in your account, it’s not extra money, it’s not to be used for something else, it’s toward your promised $1,000,000 which you won’t get unless I put more money in your account.

If you understand this simple example, you now understand Social Security.

There are people out there who claim Social Security has a surplus because there is $2.9 trillion sitting in the Trust, but you see, that money has been promised, it’s there to pay benefits already earned by Americans. Not only is there no surplus, but the Social Security system has a $13,000,000,000,000 (trillion) unfunded liability. That’s the present value of all promised benefits. 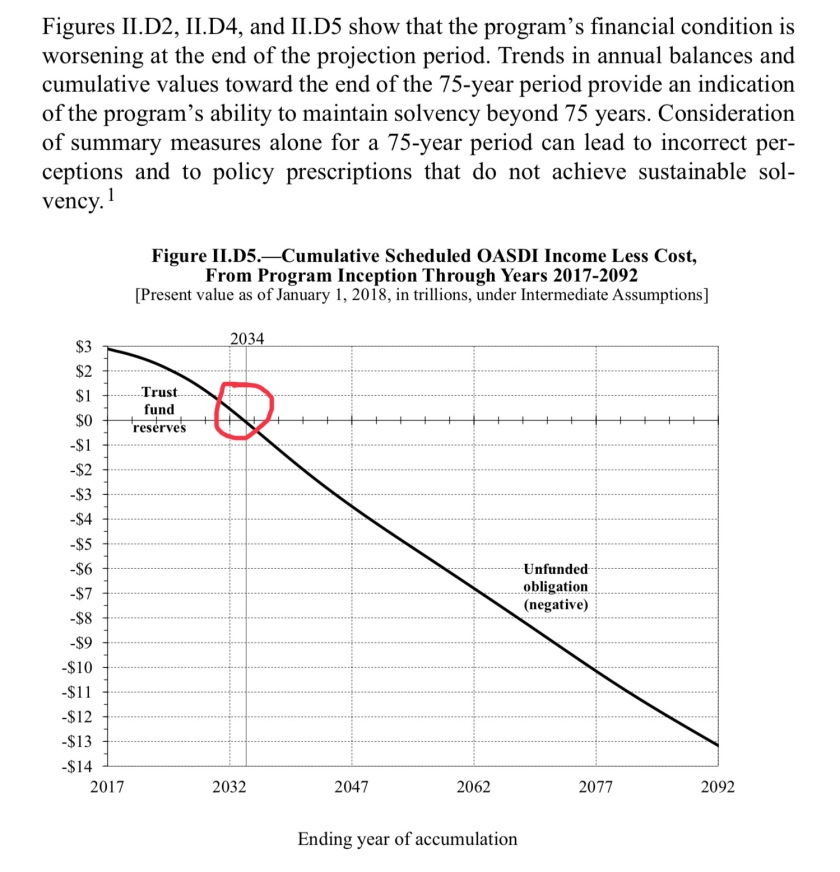 No, Social Security won’t run out of money as long as payroll taxes and other revenue keep being paid, but the trust will be gone and the interest income will be gone and just like in my example, Americans will not get 100% of what they were promised.

We need to move that declining line in the chart above to at least the $0 point and keep it there forever. To do that we must increase contributions (revenue to the trust) in some manner or lower the benefit promises made.

There are many ways to do either or both … the problem is we aren’t doing anything and all the while some politicians and advocate groups insist on misleading the American people.