It isn’t hard to craft a balanced combination of changes that will fix the problem. I cooked up my own solution using the calculator on the Committee for a Responsible Federal Budget website.

These changes would make Social Security solvent for the next 75 years. You may have better ideas. But the point is, a combination of changes will easily fix Social Security and increase benefits.

Read the full story at Under Construction – HumbleDollar 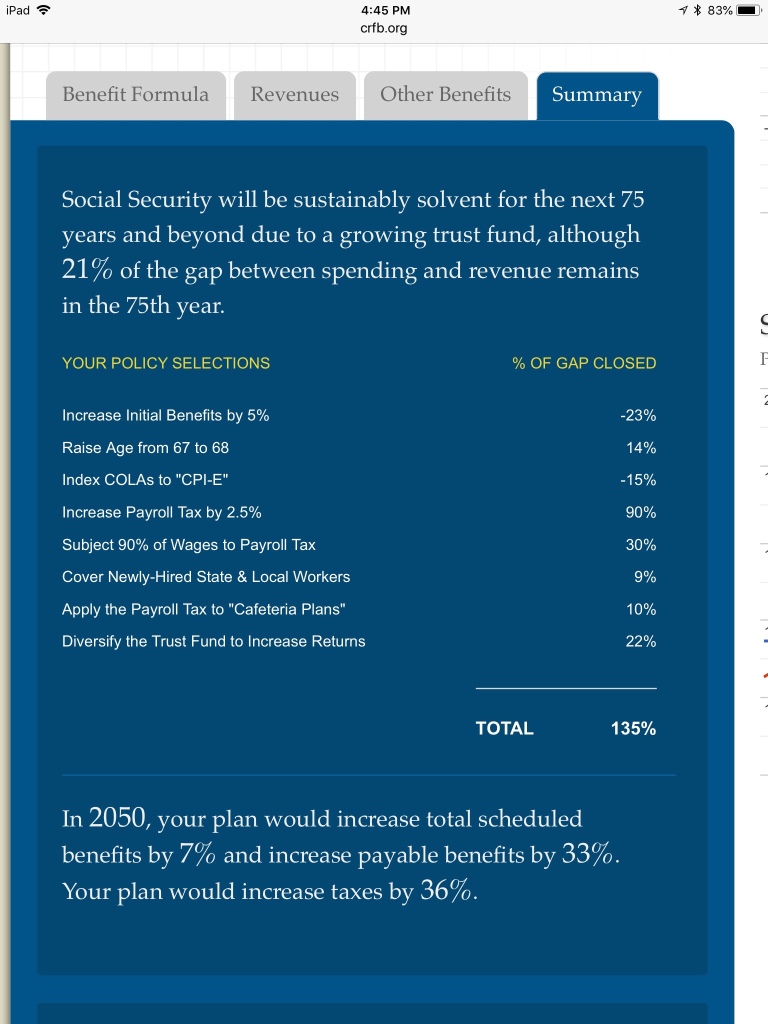