Ask a child if they would like candy for lunch or to play MineCraft instead of doing homework. Does their response reflect good judgement or self interest?

What does it prove by telling us what people want? Who doesn’t support more especially “more” paid for by someone else?

But even that isn’t the real point.

What percentage of Americans understand the costs and consequences of what they want?

I’m betting 99.9% of Americans have never read the Medicare or Social Security trustees reports. It is fair to say 99.99% of Americans don’t understand that the absolute root cause of the Great Recession was not banks, but government policies pushing home ownership and subprime lending.

It’s reasonable to say 99% of Americans don’t understand Social Security funding or what the data show about minimum wage workers or the consequences of simply raising the MW to $15.00.

What percentage of Americans think the problem with health care costs is premiums?

How many Americans have thought through the long term consequences of legalizing, if not marketing marijuana?

Does tuition free college solve the fundamental problems of a higher education or the lack of preparedness of many students? 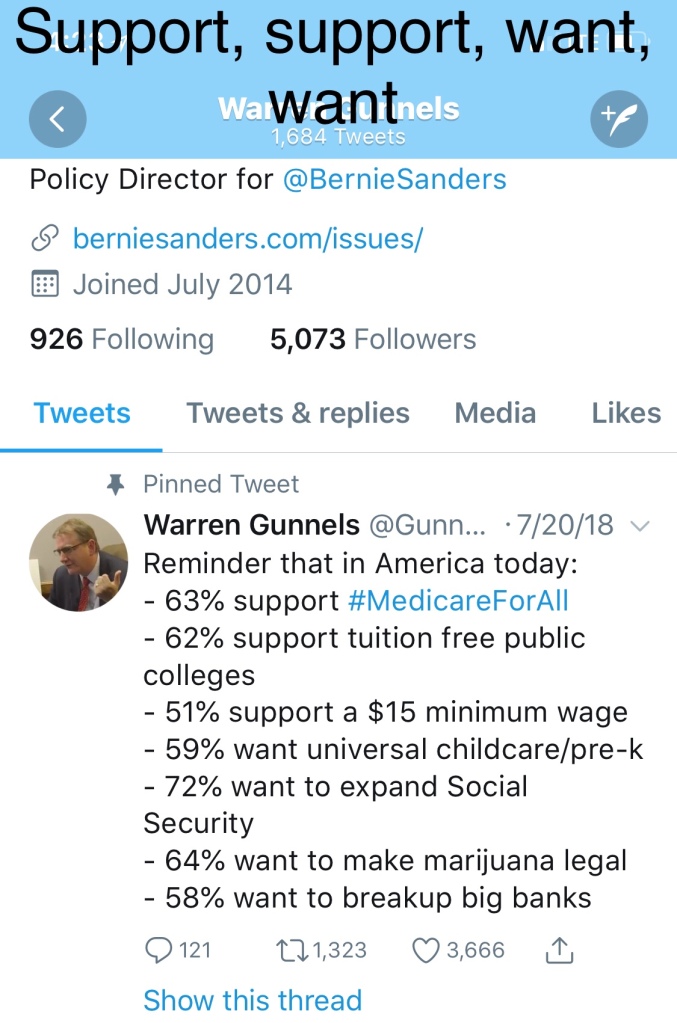