Read this letter to the editor. Its words mirror the rhetoric of one political party. What is written does not reflect any original thought or any effort to investigate the facts and details. It all sounds so simple, so obvious.

The trouble is what is stated is either totally false, misleading or incomplete information.

You are being manipulated. Look at the so-called “cuts” to Social Security. $4 billion over ten years. Do you realize that Social Security spends $ 2.6 billion EACH DAY of the year. The changes involve people who collect unemployment and disability SS simultaneously.

There are no cuts to your or my benefits. Even if there were, with these numbers you couldn’t find it.

The Medicare cuts were for the most part reductions in payments to providers; something members of Congress from both parties have been working on for decades.

Put “Social Security,” “Medicare,” a really big number and “cuts” in the same sentence and you have the perfect storm to cause an ignorant response as shown below. 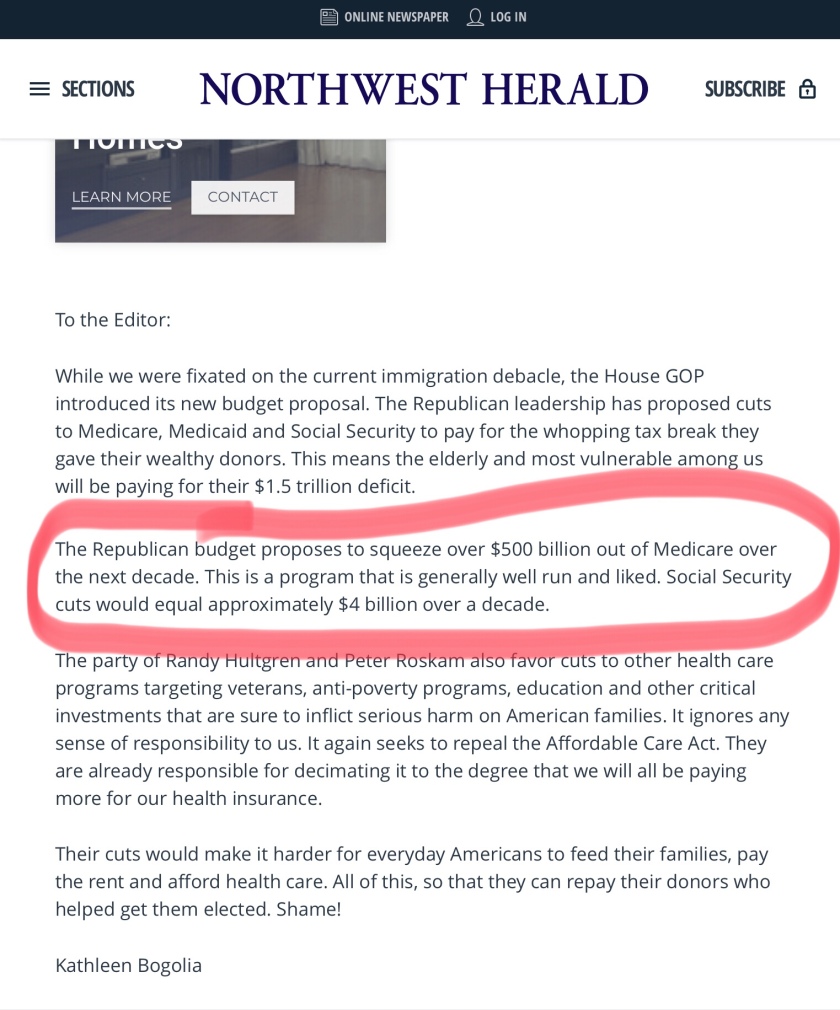