Skip to content
May 20, 2017 rdquinn At Work, Government 2 comments

Our perception of public employees is frequently distorted by the perception of low pay when compared to other public opportunities. The reality for most government workers is much different. These workers not only earn a higher cash income, but much higher total compensation.

How many workers do you know with both a pension plan, a defined contribution savings plan, good health benefits and with these benefits carried into retirement with a COLA added to pension payments?

Federal civilian workers whose highest level of education was a bachelor’s degree earned 5 percent more, on average, in the federal government than in the private sector

Federal civilian workers with no more than a high school education earned 34 percent more, on average, than similar workers in the private sector.

Average benefits were 93 percent higher for federal employees with no more than a high school education than for their private-sector counterparts.

For federal employees with doctorates or professional degrees salaries were 23% lower and benefits about the same as the private sector.

Source: CBO. Comparing the Compensation of Federal and Private-Sector Employees, 2011 to 2015 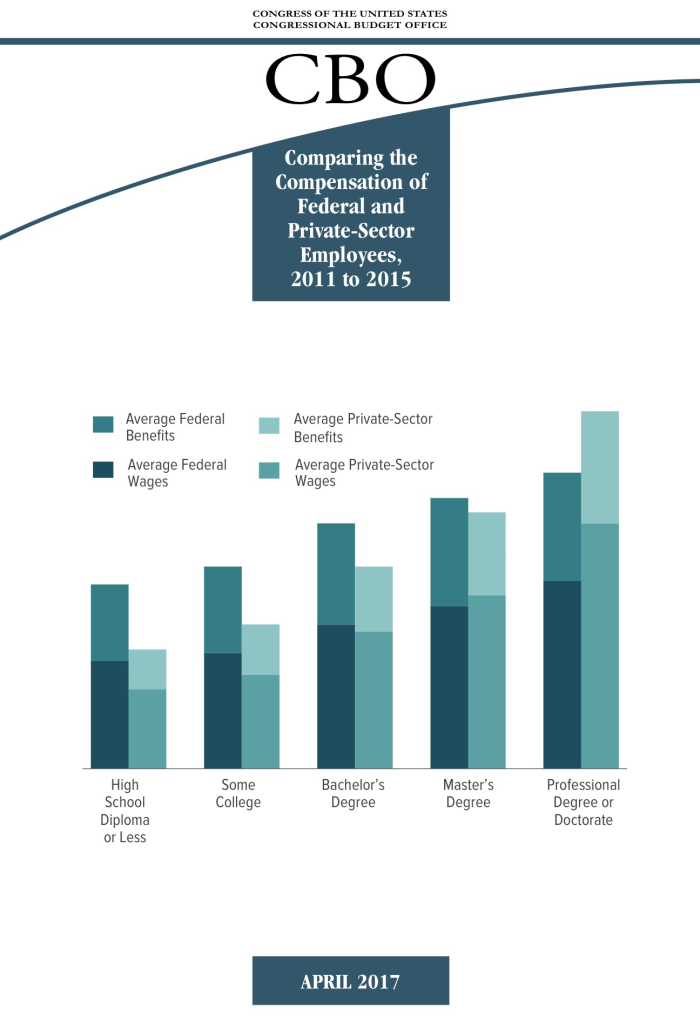