Reading the following from Paul Krugman it would be easy to conclude that the cost of expanding health insurance under Obamacare was paid for through higher taxes on a relatively few Americans. That simply is not true. Obamacare costs over $100 billion a year.

Those misleading words build the case that the primary reason for Republican objections to Obamacare are the taxes on the rich. That’s not true either. Republicans are way off base on their logic when it comes to health care, but we’ve covered that before.

Obamacare helped a large number of people at the expense of a small, affluent minority: basically, taxes on 2% of the population to cover a lot of people and assure coverage to many more. Trumpcare would reverse that, hurting a lot of people (many of whom voted Trump) so as to cut taxes for a handful of wealthy people. That’s a difference that goes beyond political strategy.

As of March 2015, the net cost of ObamaCare was projected to be $1.207 trillion over the 2016 – 2025 period.  The net cost is after offsetting the gross cost by revenue created by ACA such as all the new taxes, including the taxes mentioned by Krugman.

Obamacare is the six largest expense of the federal government. And for those who say government needs to do more for needy Americans, look at the five higher government expenses.

We should be more concerned for the middle class, for age 30-55 Americans and for our grandchildren. They are the ones that will carry the burden of the liabilities resulting from social programs promised but never adequately funded. 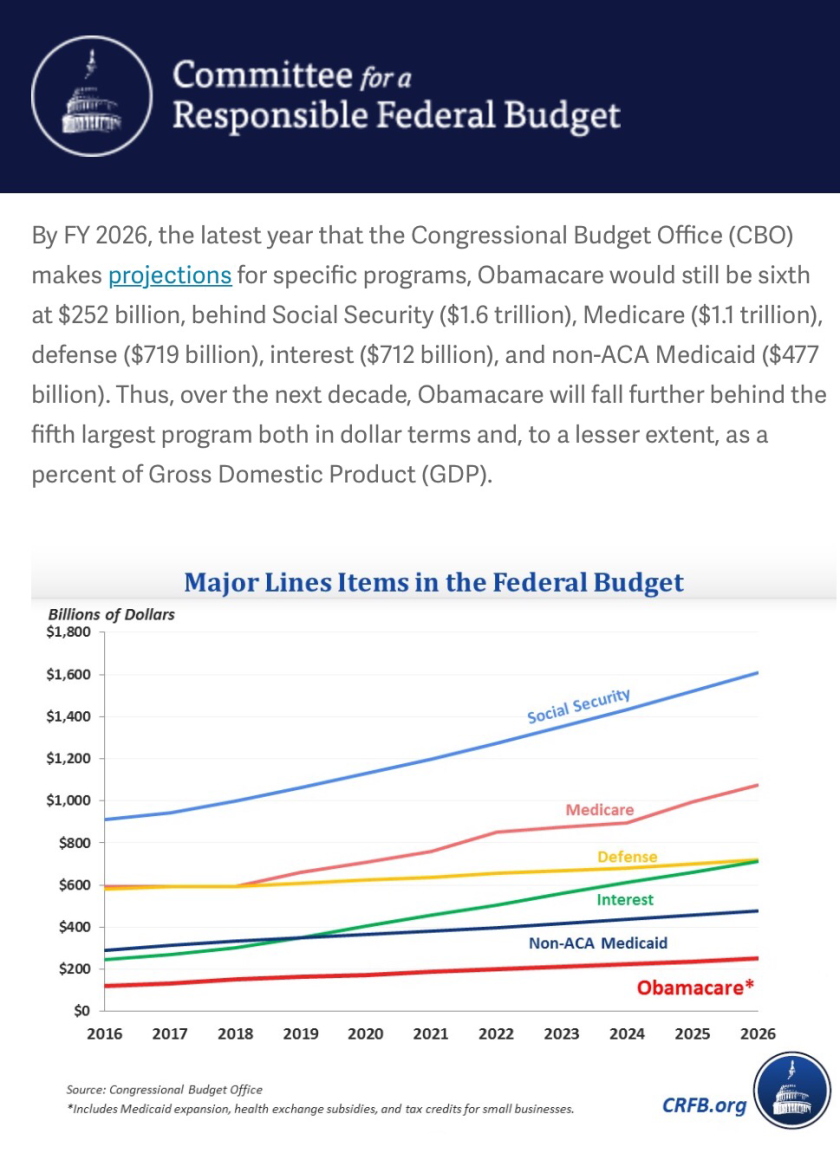