I read this recently at HealthAffairs.com

Critics frequently characterize the Affordable Care Act (ACA) as a threat to the survival of employer-sponsored insurance. The Medicaid expansion and Marketplace subsidies could adversely affect employers’ incentives to offer health insurance and workers’ incentives to take up such offers. This article takes advantage of timely data from the Health Reform Monitoring Survey for June 2013 through September 2014 to examine, from the perspective of workers, early changes in offer, take-up, and coverage rates for employer-sponsored insurance under the ACA. We found no evidence that any of these rates have declined under the ACA. They have, in fact, remained constant: around 82 percent, 86 percent, and 71 percent, respectively, for all workers and around 63 percent, 71 percent, and 45 percent, respectively, for low-income workers. To date, the ACA has had no effect on employer coverage. Economic incentives for workers to obtain coverage from employers remain strong.

Note the words I placed in bold. While this article talks about the availability of employer coverage, those words are simply not true in the broader sense.

The Affordable Care Act has and will continue to have significant negative impact on employer plans and their participants, largely in the form of higher costs for employers and greater out-of-pocket costs for workers.

Let me count the ways:

1⃣ Benefit mandates and other requirements such as coverage for adult children add costs to plans, increase employee contributions and encourage employers to cost-shift.

3⃣ Reinsurance fees on each covered individual in a plan add to employer costs which in most cases are transferred to employees.

4⃣ The so-called Cadillac tax on high value health plans requires employers to reduce benefits to the detriment of workers or pay a 40% tax on the value of excess benefits. Most employers are not going to pay this tax.

5⃣ The change in tax status for rebates paid to employers who sponsor prescription plans for Medicare-eligible retirees caused many of these plans to be terminated or modified.

6⃣ The concept of exchanges within the ACA has encouraged employers to terminate their plans for retirees and replace them with insured private exchanges. This apparent equal and benign shift is anything but because to make this a cost saving strategy, employers shift to a defined contribution approach. This means they now provide a fixed dollar amount toward the cost of coverage leaving the retiree to absorb future increases.

So, to extend health insurance to a small percentage of Americans, (7 million out of 316.1 million (2013), tens of millions of middle-class working people are facing a major cost shift to subsidize this insurance. Of course, that shift does not end with employer plans, there are other taxes and fees. 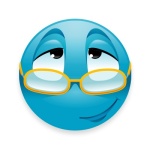 Now, many Americans, perhaps you among them, are fine with all this and that’s okay. However, just be aware of what is happening and that this is merely the beginning. Costs will continue to rise at several times general inflation, more and more Americans will be dependent on these subsidizes and the wealth transfer will be accelerated to keep up.